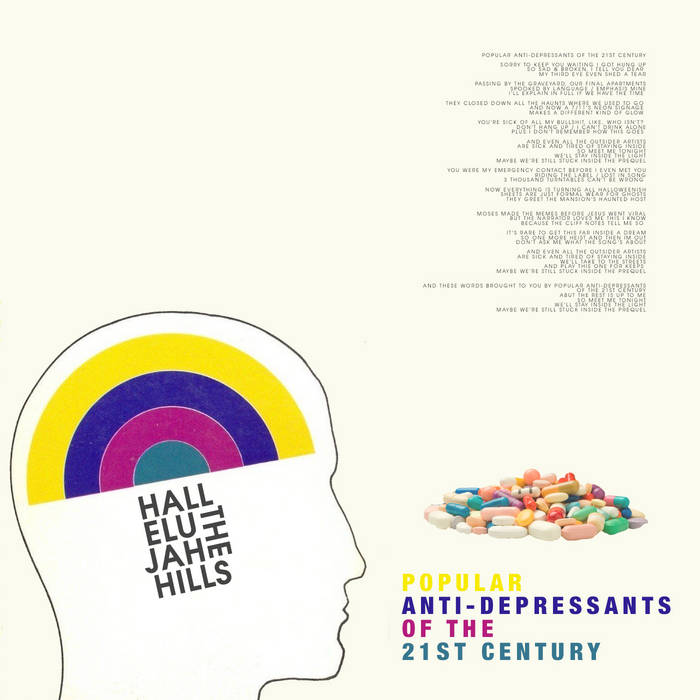 I haven't written any songs in about a year and a half. I remember sitting at Nick's living room table in March of 2019 finishing "The Memory Tree" and thinking, "I think this is the start of a long break."

Yesterday, though, I woke up and felt like I had one. Now, as you may have noticed, things seem pretty fucking dark right now. We all feel and live that, and some of us way more than others. I wanted to acknowledge that but find some small tiny way to place some hope in there as well. If we're still inside the prequel, that means the story hasn't even really begun yet, and that big changes are forward momentum are right around the corner. I hope that's true.

The idea for the song was accompanied by another instinct, too: what if this song was written and recorded in one day? Really capture the moment in every way. I finished it up, sent it to Nick, and by 3PM we were at our rehearsal space ("Puritan Garage") laying down the tracks. We sent a rough mix of the basics to the rest of the band and through out the day we received their overdubs remotely. We were all working on it at once in different locations. Pretty futuristic!

We finished mixing it at 1AM, which is technically Sep 4, today, but you get the idea.

Since Bandcamp started these fee free days in April, we've released lots of fun live recordings and oddities, and we've put lots of the profit to work, like donations to Black Lives Matter and the NAACP. Today, with this song, we're going to invest in the music community we love and miss so much. Proceeds going to Carl Lavin's Mainvest campaign to re-open our beloved Great Scott in a new location: mainvest.com/b/great-scott-allston. Maybe we're still inside the prequel.

Popular Anti-Depressants of the 21st Century

sorry to keep you waiting I got hung up
so sad & broken, I tell you dear
my third eye even shed a tear

passing by the graveyard, our final apartments
spooked by language / emphasis mine
i'll explain in full if we have the time

you're sick of all my bullshit, like, who isn't?
don't hang up / I can't drink alone
plus I don't remember how this goes

And even all the outsider artists
are sick and tired of staying inside
so meet me tonight
we'll stay inside the light
maybe we're still stuck inside the prequel?