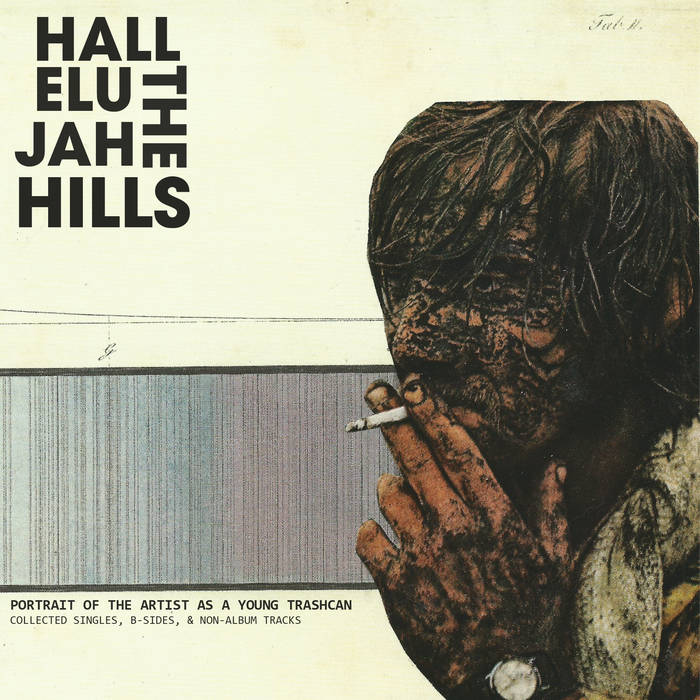 Enzo Paolo Baranelli Amazing album: I cannot believe that you can miss it! Favorite track: Country Before Kings.

Portrait Of The Artist As A Young Trash Can
Collected Singles, B-Sides, & Non-Album Tracks
[Remastered + Expanded 2021]

Portrait Of The Artist As A Young Trash Can collects the singles, b-sides, and unreleased material from Hallelujah The Hills' storied “career” and lovingly places it all together in an order that plays out like the double album they never released. Much of the material is brand new, with 5 songs coming out of 2013 which is, as we know, a year that isn't even half over yet. The lead-off singles “Honey, Don't It All Seem So Phony” and “Confessions of an Ex-Ghost” waste no time ratcheting up the stakes, volume, and storytelling the band has often been accused of. For a guided tour of the proceedings, check out band leader Ryan Walsh's song-by-song notes.

"They just put out a odds and sods double record that is made up of b-sides, non album tracks, etc and god damn if it aint better than most bands/artisits real records."

"A brilliant lyricist and a cracking coterie of collaborators and it's easy to see why there's gold at every turn here."

"Much like a good work of fiction, Portrait of the Artist as a Young Trashcan warrants return visits. I’m already picturing dog-eared copies of this album years from now."