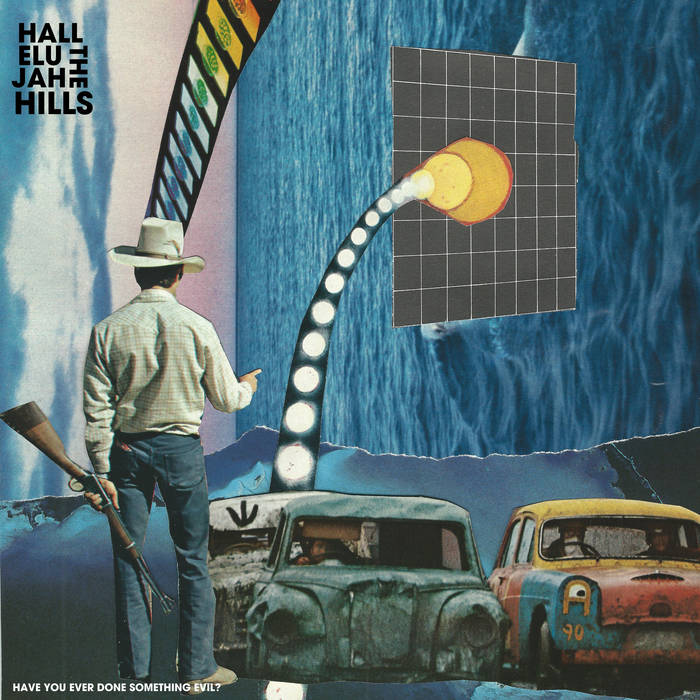 summer villain I've loved this band from the git-go, but this is probably their best recorded performance to date. Earworms galore, and well-recorded to boot. Favorite track: Phenomenonology.

Richard RR Utterly worth buying! Favorite track: Do You Have Romantic Courage?.

Randy Johnson The perfect soundtrack to drive from St. Louis, MO to Keokuk, IA. One of the three finest records of 2014. I Stand Corrected, We Are What We Say We Are, and Do You Have Romantic Courage are standouts, but really, the entire album is outstanding. Favorite track: I Stand Corrected.

- "Another giant step forward" - PopMatters
- "Without a doubt they are one of the greatest bands currently making music." - Captain's Dead
- "Few do it with the style and imagination of Hallelujah the Hills. [It's] is a blast from start to finish, every minute packed with hooky twists and turns. Mastermind Ryan Walsh can write a hell of a chorus, too, hitting plenty of Pollard-ian, singalong sweet spots over the album’s 12 tunes." - Aquarium Drunkard
- "Anthemic" - Brooklyn Vegan
- “A rousing, old-school rock whirlwind” – Stereogum
- “Criminally underappreciated” – Spin
-"The smartest music you will ever hoist a beer to" 4/5 ☆'s - Blurt Magazine
- "Put on this song, shut up, and kiss someone." – Noisey
- "They make music that is equivalent to crack. – Captain’s Dead
- "The best rock & roll album I've heard this year." - Wake The Deaf
- "This is a brilliant record in an age in which bands make singles. Believe the Hype." - Ryan's Smashing Life
- "Still growing and remaining strong, telling stories and evolving" - BDC Wire
- "Catchy-as-hell singalong choruses" - One Chord To Another
- “An album you should buy right now” – Matt Besser, founder of Upright Citizens Brigade
- "Infuses euphoric melodies with lyrical wit and imagination" - WBUR
- "A band at the top of its game" - Bucket Full Of Nails
- BBC Radio's song of the day