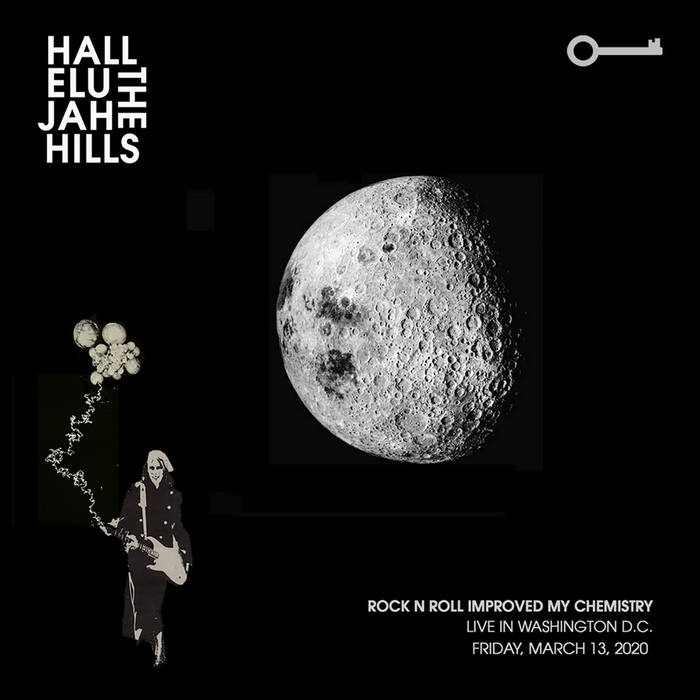 kgtiernan Thanks for putting this out. I had tickets to this show but got scared and stayed home that night. I hope you come back to DC before too long.

mike formanek Once again I am resolved that I will probably never see this band live. This show provides a much needed fix. Love it. Favorite track: We Have the Perimeter Surrounded.

This is a live recording of our entire show in Washington D.C., Friday March 13th, 2020 at The Pocket. When we departed for the first leg of the I’m You tour a few days earlier, things were worrisome and strange; news of the coronavirus was dominating the news and nearly every conversation. We felt that the shows were following the CDC’s guidelines and hesitantly proceeded. Each morning we woke up to a new reality being presented and felt increasingly conflicted about continuing the tour. The following night after this would be the final show of the tour and for the foreseeable future. We’ve canceled everything we had on the books as well as our plans to tour Europe for the very first time later this summer.

In lieu of those concerts, at the very least, we figured we could share an entire live show with you here to show you what the I’m You tour was going to be like. The Pocket is a small venue and pre-sales had us hovering right around a sell-out. But by show time, for obvious reasons, only about 15 people were there. We’ve never been the kind of band who let audience size dictate how much energy we pour into any given performance, so if we sound like we’re playing for a packed house, that’s just how we’ve always operated.

Because emotions were heightened and immediate futures were (are) uncertain, an unusual kind of energy entered the room as soon as we started playing. As you’ll hear, the audience themselves become an integral part of the show pretty quickly, pushing us, interacting with us, heckling us, and in one instance even getting on stage with us to put their interpretation of one of our songs on trial. There are dozens of things about this show the timestamps the concert as having happened in a very specific moment, and I couldn’t be happier to have a document like that to share with you right now.

As you may have heard, Bandcamp is waiving all their revenue share fees today (FRI 3/20), so every purchase you make here 100% goes to the artists or labels who released them. That’s a pretty great move from a website we already loved. We use just about all Hills earned money to pour back into the band to fund new projects and cover basic costs of running a band. Revenue from this album, specifically, will go towards our rehearsal space rental costs--our safe little zone in Charlestown where we've made a racket for ten years now--to take a little bit of stress of all our wallets during these weirdo times. A good portion of us makes a living from the service industry, which as you also know, is currently kaput.

It’s not just about us either, of course. Here's some other artists we think you'd love, and today is a perfect day to grab one of their records.

• Joseph Marrett recommends:
I’d like to shine a bandcamp lamp on Viva Viva’s Tragic Magic release from last year. 12 songs of hope, despair, and dusting yourself off for the next tumble ‘round the bend. After a hazy several years in production, it crept out the gates April Fools Day 2019, an apt birthday!

• Brian Rutledge recommends:
I haven't been able to shut up about Ohmme, which was a random recommendation from an HTH fan: ohmme.bandcamp.com. So psyched that I got to see them open for Wye Oak, and can't wait to hear their new album.

• David Micahel Curry recommends:
🌈🎻 I am choosing to amplify the BandCamp voice of Mr. Bill Nehill - if any band on tour played Mohawk Place in Buffalo & thought of it only as a lonely pit stop towards something better, i say that there is more to every scene & every story. I have met, played music with, and found solace in Bill’s music for extreme introverts (my viola is on that Barrel Harbor album)

• Nicholas Ward recommends:
Jake McKelvie & the Countertops
jacobcmckelvie.bandcamp.com/album/solid-chunks-of-energy
it’s a whole bunch of my favorite songs right in a row.