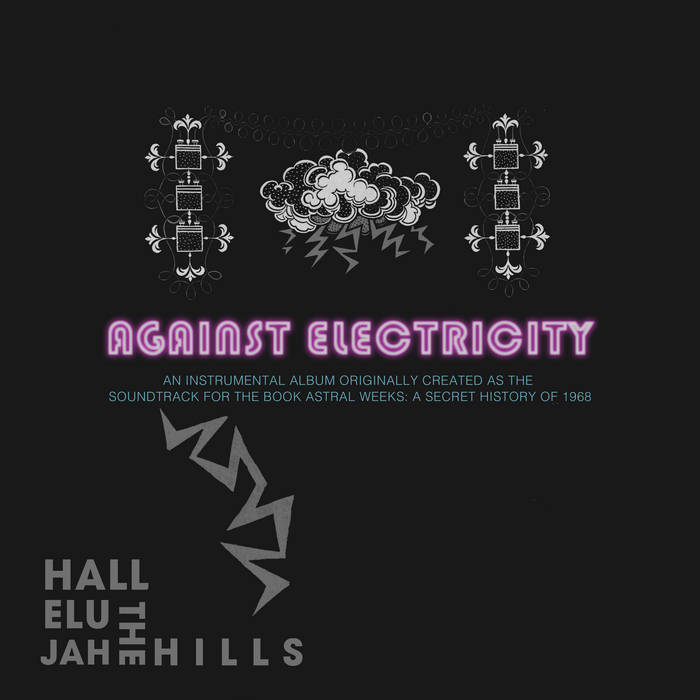 summer villain A band I fell in love with because of the lyrics releases a wordless album? And I love it, too. Wide ranging and engaging. Rayrunner (we see what you did there) offers the rockingest moments here, but don't stop there. Favorite track: Scenes from the Real World.

chloekv Some of the most relaxing music I've heard in a long while and a very nice treat from a band I fell in love with because of lyricism at first. I always loved the music too but here it really shines. It's such a treat, had to pre-order the vinyl! Favorite track: Paul Revere Is Shamed.

"A killer new Hallelujah the Hills instrumental album." - Doom & Gloom From The Tomb

"There are two things Boston's Hallelujah the Hills do incredibly well: Catchy roots based rock songs and experimental instrumental noise rock. Their sixth album, Against Electricty, was just released yesterday and it fits squarely in the latter category." - If It's Too Loud

When Ryan Walsh asked Penguin Random House what music they'd be using between chapters for the audiobook version of his debut book, Astral Weeks: A Secret History of 1968, he found the answer unsatisfying. "They told me they had some generic orchestral music that they usually used a snippet of at the beginning and end of the book," Walsh said. "This is a rock n roll story. That wasn't gonna cut it." That's when Hallelujah The Hills—Walsh's long-running, award-winning band from Boston, MA—sprang into action, recording over an hour of original music for the project. "Probably a total of five minutes of that music appears in the final product, and it did its job well, but we feel that this stuff is good enough to stand on its own merit as well."

Enter Against Electricity, the sixth full length HTH album, and certainly the first one without any words. This is instrumental music, both composed and improvised, and it is among the band's strangest and most beautiful. During these sessions The Hills added Dave Curry (Thalia Zedek Band, Willard Grant Conspiracy) to the lineup on viola, as well as inviting friends to appear on the recordings as well, including Tanya Donelly (Belly), Dana Colley (Morphine), Marissa Nadler, and Fenway Park organist Josh Kantor. "It's a book about Boston," Walsh noted of the lineup, "so even the players needed to reflect that for this project."

This is multi-purpose music that is unlike anything in the ever-growing Hallelujah The Hills discography. Find your own personal uses for these magnetic new set of songs as the band works on their seventh record, set for release late spring 2019, entitled I'm You (pre-order it now here on Bandcamp!.

AN INSTRUMENTAL ALBUM ORIGINALLY CREATED AS THE SOUNDTRACK
FOR THE BOOK ASTRAL WEEKS: A SECRET HISTORY OF 1968

Engineered, mixed, and mastered by Seth Manchester
at Machines with Magnets, Pawtucket RI.